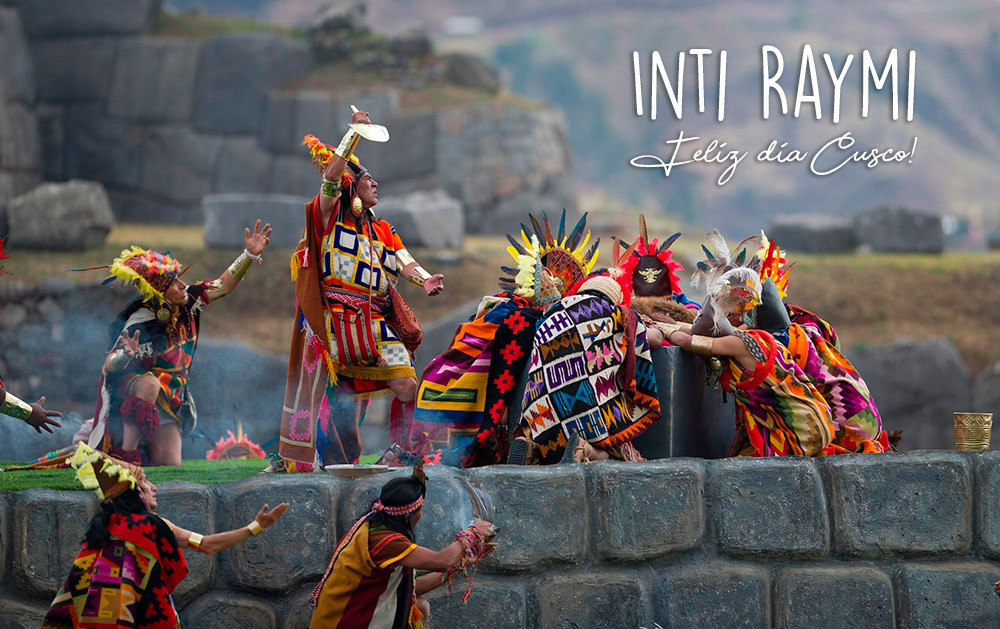 The Inti Raymi was one of the most important festivities during the Incas period, this national holiday was celebrated during the month of June on the winter solstice. It was a celebration of gratitude in honor of the main deity of the Tahuantinsuyo, the Inti or Sol.

According to the chronicles, the celebration took place in Cusco with greater solemnity, but at the same time it was celebrated in a smaller scale throughout the entire Andean territory.

The ceremony was led by the Sapa Inca, who in previous days carried out a purification through fasting and abstentions. Before dawn, the Panacas were already in the main square; the Sapa Inca took a golden kero and offered a toast to the Sun with Chicha de Jora under the first rays of dawn; they sacrificed special llamas, preferably black, to offer the still beating heart of this animal, it was an act of utmost importance for the Inca Cosmovision and was performed by the Willka Umu or high priest, he used the blood obtained from this sacrifice to soak some corn bread, that were prepared only for this celebration. This sacred bite was eaten by the Sapa Inca and shared by him with the other participating ethnic chiefs, this ritual was called Sanku, it symbolized unity for the entire Empire. 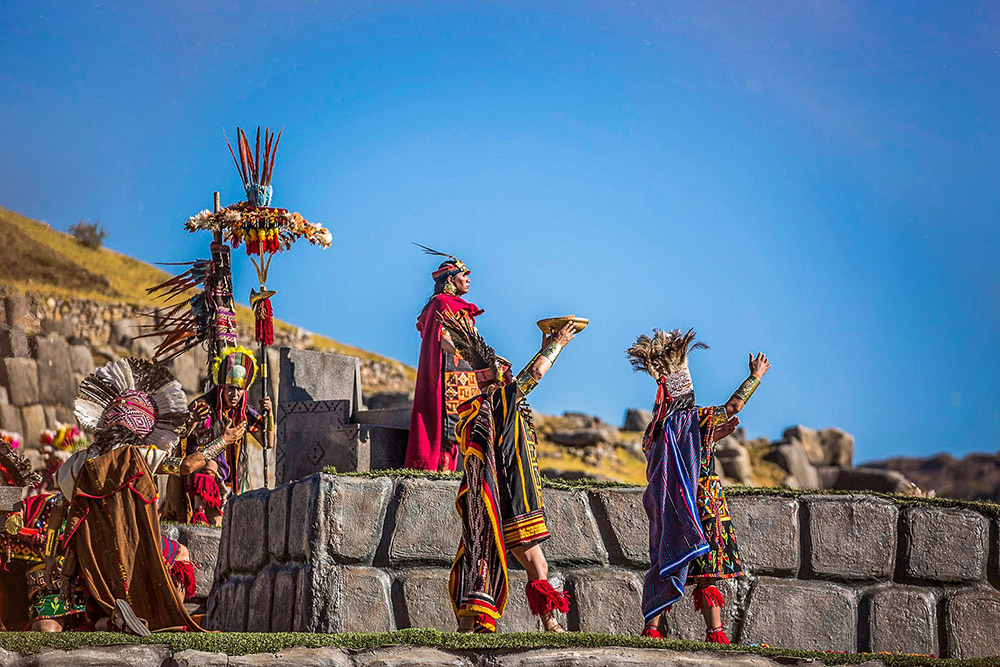 With the arrival of the Spaniards and the process of extirpation of idolatries, the celebration was prohibited in 1572 by the Viceroy Francisco de Toledo, considering it as a pagan ceremony and contrary to the Catholic faith. The Andean natives continued to commemorate this celebration clandestinely. At a later time, it was understood as a celebration of protest against the Spanish subjugation, since the syncretism emerging in that period allowed the Andeans to continue with some of their celebrations under a scheme of colonial imagery, where the Andean deities were juxtaposed with Christian images, creating a new cult adapted to that time. This allowed Andean religious traditions to last over time, but with certain adaptations so they could not be sanctioned by the ecclesiastical authorities of the time. 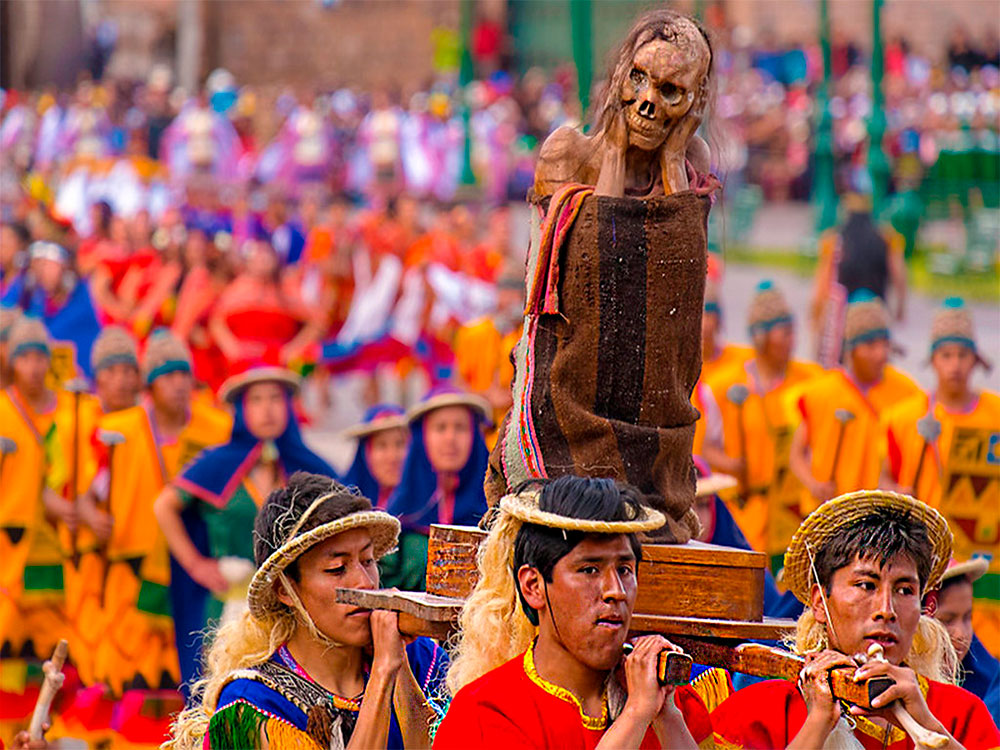 In the first decades of the 20th century, Faustino Espinoza Navarro carried out a historical reconstruction of the Inti Raymi, referring to the Chronicles of Garcilaso de la Vega, who was the most capable to understand this celebration. From that date onwards the ceremony turned again in a famous event and a great tourist attraction.

At the present time the festivity is celebrated on June 24th, which is the central date of the festivities in Cusco. The rituals start from the early hours of the morning in the Coricancha, then the participants and actors head towards the Haucaypata where the Quipu (Andean accounting element) is delivered to the current leaders of the city. The Inca and the Coya walk around the main square on their ceremonial platforms. The celebration culminates in Sacsayhuaman with the sacrifice rituals previously mentioned and representative dances from the region.